Home › Straight from the Citadel

Elizabeth Finnegan Administrator
November 2019 edited November 2019 in Straight from the Citadel
While working through some critical issues from the first merge attempt, we devised a plan for a new way to merge the servers that does not require leaving the old servers around. When the final merge is complete, all of your characters and house plots will be waiting for you on the new server.

In the upcoming merge we’ve come up with a creative solution to conduct the transfer in a way which protects your hard work. Prior to embarking to Ethereal Moon, account holders will have the choice to purge any characters which exceed the character limit, saving any items, bank boxes, and skills over 50 which will be stored and transferable via soulstones. This will allow players to begin their journey with the correct number of characters and with their material items and hard work intact. 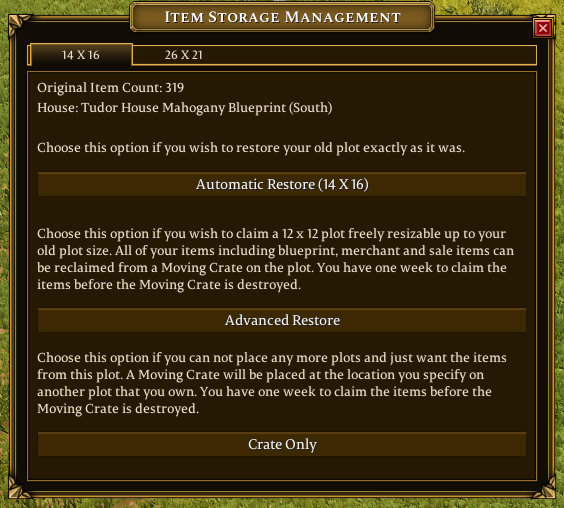 To make things even clearer, we are working on a step by step guide that explains how to retrieve all of your items on the new and improved merged server Ethereal Moon. If all goes according to plan, we will be doing some public testing with the merged server and announcing the final merge and land rush dates early next week.

It looks like you're new here. If you want to get involved, click one of these buttons!