Fi the Wiccan
August 2019 edited August 2019 in Feedback & Suggestions
Copied, pasted, and slightly alteted directly from this post within the subreddit.

While exploring Legends of Aria, I noticed how empty and barren—*ahem* Barren Lands *cough*—some parts of Celador has been, and while I know Celador won't be the only place (Shard?) we will explore in the future, I felt like it could use more wandering life upon its lands that we can either interact with, kill, or even tame. 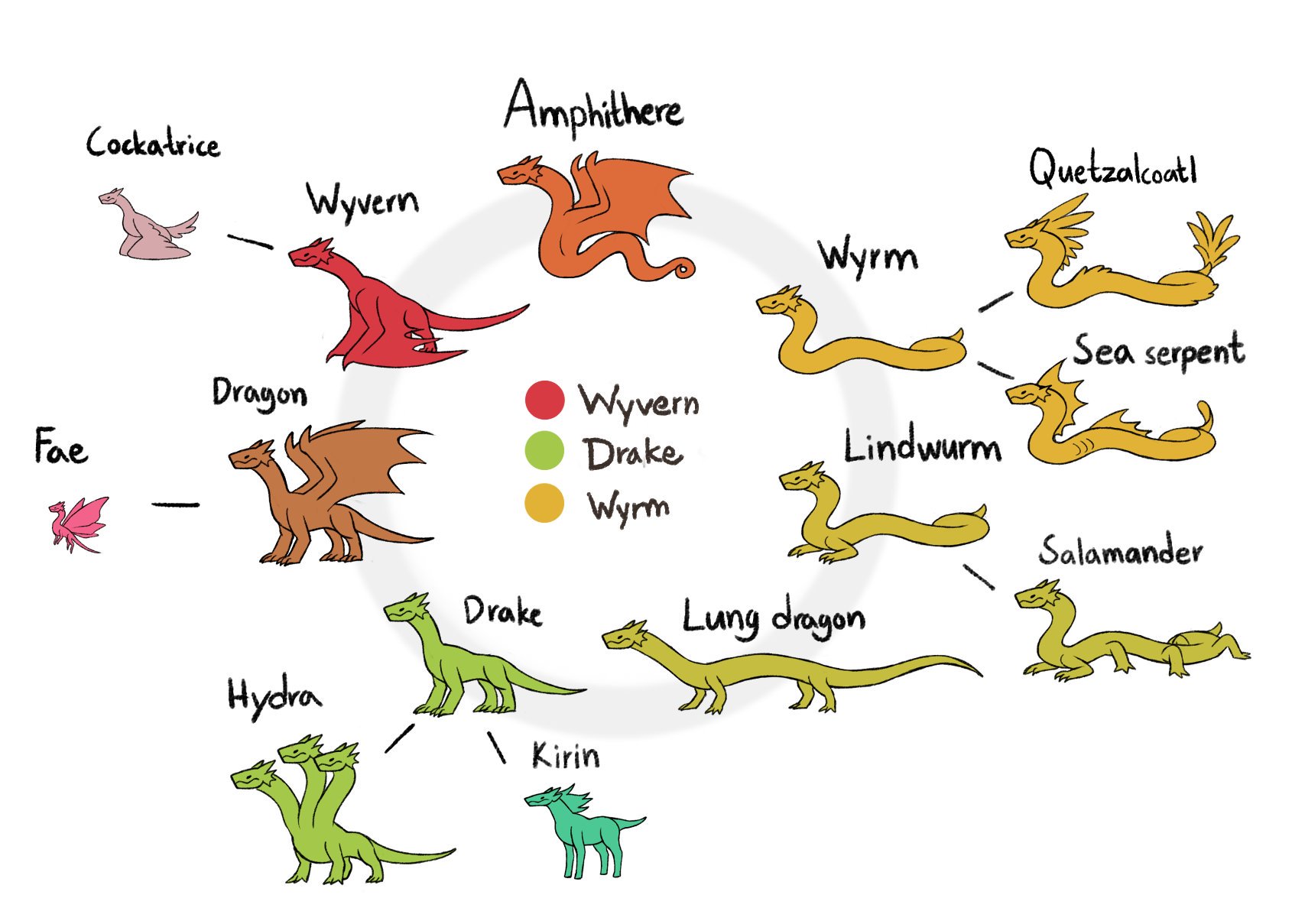 Different types of dragons demonstrated by @drakthug (Sea Serpents tend to also be portrayed as massive Leviathans, Fae is a Faerie Dragon, and Quetzacoatl is a divine feathered serpent deity—a Couatl).

So far, we have Drakes, the stereotypical Dragon inside its den, and Wyverns—the former appears to be a Wyvern with a different color for its scales.

Within the Black Forest and the Barren Lands, there's room for some of these dragons to be rare or occasional spawns, but there are also some unsuspecting places these creatures can also call their domains—Dragons and Wyverns being creatures that can live just about anywhere.

Southern Hills/Southern Rim (Vast plains with mountains along the rim):

The Expanse, The Iron Tide, and Beach/Coastal Regions (Whenever boats and swimming are implemented):

The list is huge, and may think... "Oh wow, there's so many types of dragons all over these maps. This game is going to become the next Skyrim!" ...and you're totally not wrong at all since even I think adding all of these types of dragons to each region of Celador would oversaturate them to the point that we'll have to beg Citadel Studios to get the rights to the Thu'um from Bethesda to handle all of them!

However, these are merely suggestions for some of the types of dragons I believe would be best suited for each of Celador's biomes. In addition to these types of dragons existing within each region of Celador, they could be a different affinity or breed from the rest depending on where they reside—i.e., the Amphitheres, Wyrms, and Wyverns within Frozen Tundra being more frost-oriented in abilities and appearance. (I did want to include the stereotypical dragon in some of the appropriate regions above, but I didn't since I didn't know if they would interfere with the existing dragon being used as an Awakening boss in the Barren Lands.)

This particular website does a fine job of showing off all the different types of dragons that can exist—well, too fine of a job since most of these dragons seem very whimsical. 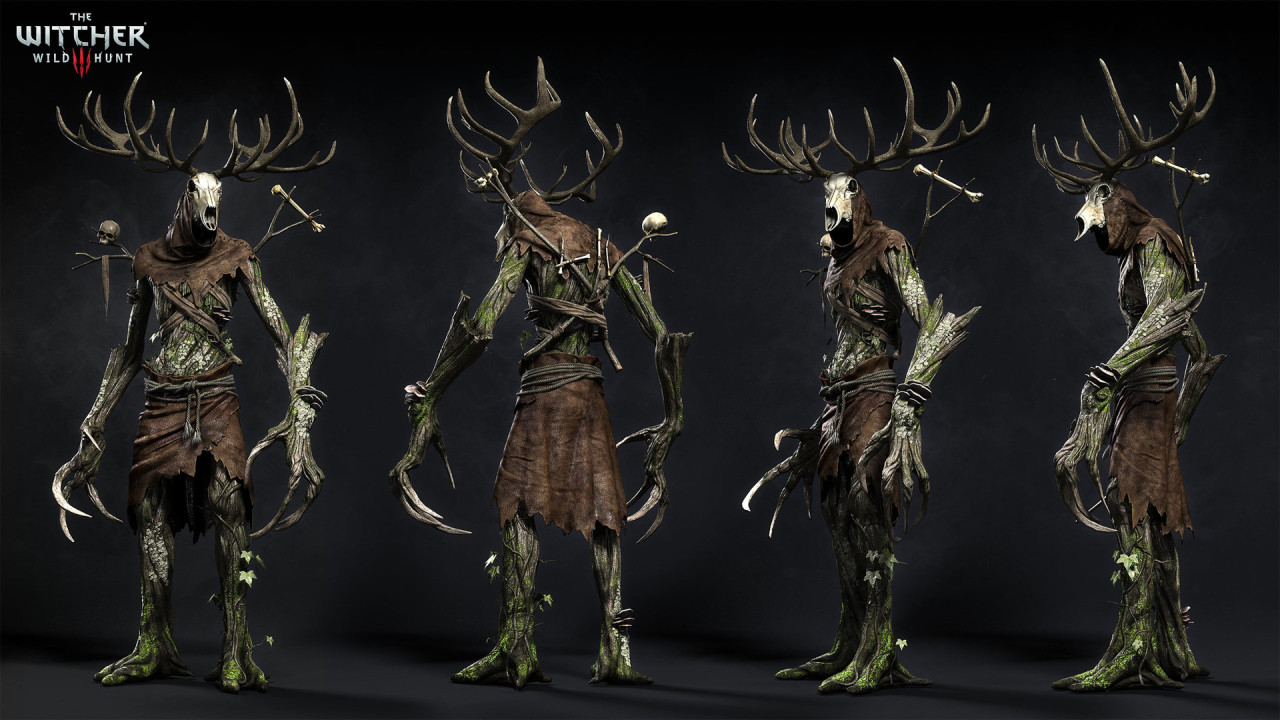 A Leshen/Leshy (This particular design was made for The Witcher III by Marcin Blaszczak).

Despite all of the lore that has been provided to us from the website and the NPCs, I felt like Legends of Aria was missing some mythological creatures that could occupy some vacant land.

We have Bugbears, a few Demons (this includes the Dread which is a fallen or twisted Pegasus), a few Dragons, Goblins, Hobgoblins, Orcs, the Undead, and some of Aria's unique deities that have been mentioned by classifications here, but what about creatures such as the Dryads, the Elementals, Elves, the Fae/Pixies, the various horses (Pegasi, Unicorns, and Alicorns), and the Leshen as shown above, and Nymphs?

I wanted to list more, but... I'm not so certain what type of mythology Legends of Aria follows since there are some creatures I considered that would have seemed out of place in Celador and any other potential Shards that were mentioned within its wiki. Legends of Aria is inspired by Ultima Online, but Ultima Online also has a mysterious mythology that may just be its own.

For those who may not know, Leshens/Leshys are tutelary deities of forests from Slavic mythology with power over nature and its denizens that are considered Spirits as well as Fae. Leshens usually look like earthy Titans—roughly the way Medeina, Goddess of Wolves, was designed—or giant humanoid Ents much like The Witcher III's without a deer's skull adorning their faces. Both variations have antlers branching outward from their heads. 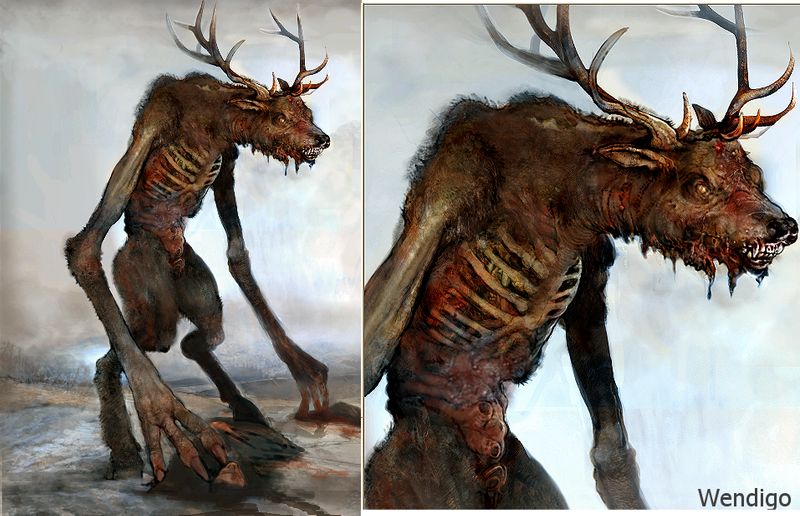 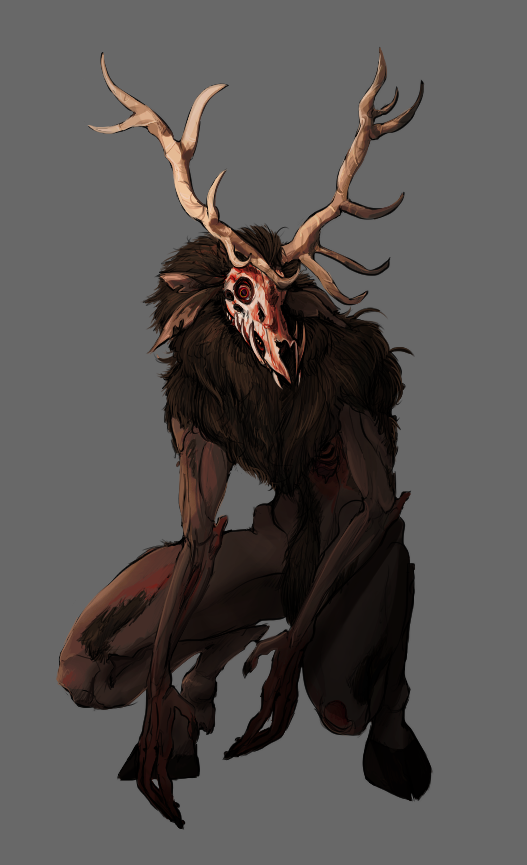 Due to their similarity in appearance, Leshens are often confused with Wendigos which are malevolent creatures who forsook human bonds by developing a taste for human flesh—cannibalism. It has also been theorized that they were once humans who were possessed by an evil spirit that made them turn to cannibalism and other cultural taboos until they devolved into what is shown above. If those two did existed with Legends of Aria, I can see at least one of them making their home in the Black Forest (Leshen) and maybe the other within the Southern Hills (Wendigo).

Overall, I'd love for more creatures from various folklores and strands of mythology (Norse and Celtic being my favorites) to make it into Legends of Aria to populate its world and maybe even little snippets of lore for why these creatures are where they are and how they came to be, if possible. They don't have to be the creatures shown above as example but anything new and unique that would bring a sense of mystery and wonder to Legends of Aria's world.
Sign In or Register to comment.

It looks like you're new here. If you want to get involved, click one of these buttons!